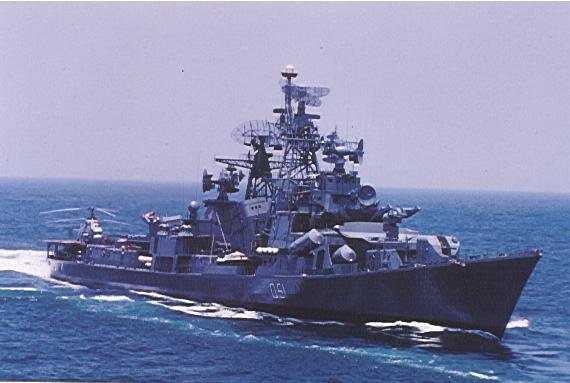 INS Rajput, On 21 May 2021, the first destroyer of the Indian Navy retired from service at the Naval Dockyard Visakhapatnam. It is the lead ship of Rajput Class destroyer of the Indian Navy. She builds by the erstwhile USSR in 61 Kommunara Shipbuilding Plant, now in Ukraine. Russian name of the ship was “Nadezhny” meaning “Hope” The keel of the ship was laid on September 11, 1976, and it was launched on September 17, 1977. On May 4, 1980, she was commissioned in the Indian Navy as INS Rajput at Poti in Georgia by then Ambassador of India to USSR IK Gujral. Captain ( later Vice Admiral ) Gulab Mohanlal Hiranandani was commissioning first Commanding Officer of INS Rajput.

During her 41 years of service, She served in Western and Eastern Fleets. She was based in Mumbai till Jun 1988 later she was re-based at Visakhapatnam as part of the Eastern Fleet. She also served as trail platform for BrahMos cruise missile and test-fired off a new variant of Prithvi-III in 2007. And the first ship to get the first version of the BrahMos anti-ship supersonic cruise missile in 2005. She tracked the Dhanush ballistic missile during the successful test in 2005. She was capable to attack lands targets also played a role as anti-aircraft and anti-submarine as a task force or carrier escort.

During service, she also takes part in server Naval operations like Operation Aman of Sri Lanka to support Indian Peace Keeping Force ( IPKF ). Operation Cactus to deal with hostages situation in the Maldives and Operation Crowsnest off Lakshadweep.

Other than a military operation, she took part in various relief operations like Odisha Coast in 1999 when the cyclone hit Odisha and post Tsunami in Andaman & Nicobar Islands in 2004. The ship also served in a HADR mission when the earthquake in Jakarta.

INS Rajput is the first Indian Naval Ship to be affiliated with the Indian Army regiment, the Rajput Regiment.

“In her glorious service to the nation, the ship has been helmed by 31 Commanding Officers. The ship since its commissioning has sailed a distance of over 7,87,194 nautical miles which is equivalent to navigating around the world 36.5 times and 3.8 times the distance from Earth to Moon.” – Indian Navy Statement

Depiction: A ‘Kataar’ clenched in Hand
Drawn From: An Old type of weapon.
Means: Ready for the Fight

Depiction: Two crossed Daggers through an Iron Ring
Drawn From: Weapons of erstwhile Kingdoms in India
Means: Ready for the Fight

The decommissioning ceremony was attended by a few officers and sailors from the Eastern Fleet and other organizations of Eastern Naval Command due to COVID protocols. Navy was arranged live-streaming on the internet and the Naval Internet for serving personnel, veterans, and outstation ex-crew who worked with the ship. The virtual attendees included Vice Adm Atul Kumar Jain, Chief of Integrated Defence Staff to the Chairman Chiefs of Staff Committee, former Commanding Officers and, Officers and Sailors of the Commissioning Crew. 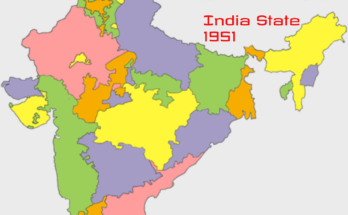 List of the Indian States and Union Territories in 1947-1956